The Bach flower remedies therapy is a method over 80 years old brought to this world by Dr Edward Bach, an English internist and bacteriologist. Working with people, he came to the conclusion that patients with similar personality traits, ways of reacting, emotions and moods tended to have similar physical symptoms, disorders and finally diseases.

Himself very ill, he left science and went into nature. By observing plants, he admired their fascinating power to adapt to different conditions, for they “know how” to cope with most diverse states and circumstances imposed by the environment (while we often agree in order to “adjust” for fear of being rejected and/or the need to be accepted). After a long period of studying them, he patented 38 flower essences for 38 emotional and mental states. 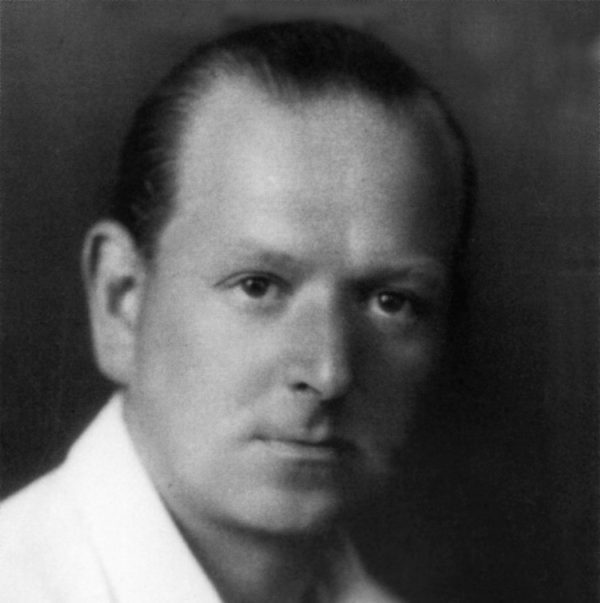 His long researches led him to a conclusion that physical diseases occur as a consequence of the way of living of the individual who is not in harmony with his interior nature, with his true SELF. This discord between the authentic interior being and the way the person presents himself to the world inevitably leads to dissatisfaction, suffering and interior conflict, and ultimately to physical symptoms and diseases.

Why is there a disharmony between our authentic being and the way we in fact live and behave in our daily lives? Because for the purpose of accommodating to something, to someone (parents, school, work, etc.), in order to avoid “rejection,” punishment, and so on, we actually reject ourselves, we reject our essence, reject who we really are in order to be something else. We put on layers of something that is not our true being. Something that creates a false impression that as such we are going to be accepted and well-adjusted. There, that would be the whole thing in brief. Everybody has this and everybody does this, because it is an instinctive, animal, drive-based process of surviving in a pack. Some do this less, some do this more, but, almost everybody does it. And we need to survive in a pack, but we should not get ill and completely lose ourselves on account of this. We need to adjust up to the level that serves both us and the community. Of course, we should not be an animal eating all around us, for we have reason, our mind, but not only that. We also have our soul, our primal self, the one we usually completely forget about under “imposed demands and circumstances.”

Thus a person who is for instance hypersensitive or just sensitive puts on a mask of being untouchable and arrogant because it is easier to behave like that in order not to get hurt and have anybody get closer than necessary. And then this goes to an extreme. On top of this layer comes another layer of fear of being alone which eventually turns into sadness and despair and what not. And yet, in the beginning we just had a hypersensitive person who feels so much and can give so much. If only this person knew how to handle this trait and emotion. This way, we get a person who becomes desperate in order to defend themselves. The goal of a therapist is to get to that and to teach the person how to handle what was given to them by birth.

Or for instance there is a person who has a potential for a strong feeling of guilt. In order to avoid pain caused by that feeling, they become perfectionist who does all the tasks more than well. This completely exhausts them both physically and emotionally. The person does not know how to say no, because they also get a feeling of guilt if they do it. And then they end up fulfilling all the demands and become extremely frustrated for not having the time for themselves and their own needs.

Or a girl is kept from developing as a woman during her development phase. Male traits were supported and therefore in order to be accepted she intensively suppresses that gentle female part that needs to be light, relaxed, to caress and develop elegance. She becomes rough, rigid, petty, unable to relax and give in, because it means she is weak or will be ridiculed or will be hurt if she gives in. And in fact, she keeps hurting herself because she does not let her be who she really is. This is what she has been taught, this is her conviction: you are weak if you are gentle and if you show tender emotions; you will be hurt if you show your emotions, if you surrender. That rigidity suffocates her, of course, bothers her, but she has a feeling of guilt and fear every time she allows herself to have an instant of relaxing… She cannot find a partner… These are the layers and this is a part of her shadow.

The goal of a therapist is to get to this layer. The general goal is to change convictions and to function under a new code and as a result the person starts to vibrate differently and completely different things start to happen. The person stops reacting and starts creating their own life.

These are the layers that we get in order to survive, accept and adjust.

Each of the 38 remedies is for a certain basic human emotion. Mimulus, for instance, is a remedy for fear of a certain specific thing, an occurrence, anything we can name: fear of dark, of punishment, of insects, of bonding, of being alone, etc.

38 remedies are classified into 7 groups:

You can find more on each group of the remedies on http://www.nadamarkovic.com/7-grupa-preparata/

Anxiety, fear, rage, impatience, sorrow, selfishness, oversensitivity, timidity, panic, faintness, domination, intolerance, melancholy, inertness, dizziness, inability to concentrate and focus, shyness, insecurity, possessiveness, feeling of guilt and many other emotional and mental states are covered by these essences. They bring us into a balance in a very simple way.

But, if we look at this more broadly, the Bach flower remedies therapy is not just a “removal” of negative emotions and moods. In fact, it is not a removal at all. We need not and we cannot remove anything that is actually ours. People say, but it is not me. That’s not true, for everything is ours, we just don’t want to accept it. Both the good and the less good are ours. When be become aware of an emotion or a state during our interview, we can speak about it and integrate it where it belongs. We accept something that we used to reject until then. And this is how newer and deeper layers are opened up…

For as long as we keep rejecting something it remains buried and yet it is ours and wants some fresh air. All that is buried has tremendous devastating energy until it has seen some light. And thus it keeps destroying until a disease comes along or until it has seen the light of becoming aware and accepting.

This is getting to know oneself, acquiring insights into one’s own ways of reacting – why we react to certain situations in a certain manner, what the roots of this are; why we react to certain people, etc. Discovering the causes of a certain emotional reaction that are deeply hidden in us, in our body. And which are the most often suppressed memories that we have: that we must not be something or that we should not behave in a certain way no matter what. And then we bury this and become something else. But our soul and our true nature always want out.

We start from the problem that made our client contact us, we clean the surface layer and then we go deeper and deeper, as much as the client is ready for the change. The layers of hidden and buried emotions and states open up one at the time, like when pealing an onion, until we get to our essence, to what we really are. Our only task in this life is to be who we are, without any fear or a feeling of guilt. And to take responsibility for ourselves and for how we feel.

What does the Bach flower remedies therapy look like? After the one-hour consultations, the therapist prescribes and makes an appropriate combination of the remedies, which is only your combination. The combination is made in a 30 ml bottle and you should always take 4 drops of it, either releasing them on your tongue or under it, at least 4 times a day, unless otherwise agreed with your therapist. The effect will not increase with the number of drops you take, but with the dynamics of taking the drops, which is usually 4-8 times a day.

In urgent states, the dosing is different and needs to be adjusted to the situation, but again only by its dynamics, usually every 1-2 minutes until the symptoms have subsided. The combinations of the remedies are completely individual and they are made solely on the basis of the data we get from the client after the targeted consultation. The number of remedies in the bottle may differ, for we put as many remedies as we deem necessary to cover all the visible aspects of the patient’s current state. It may be only one or maximum seven different remedies. The consultations should be done every 2-3 weeks, but again, it is all individual, depending on the needs and the agreement. The drops may also be released into water, juice or soup and taken in that way.

Other than orally, the drops can also be taken externally, by releasing them on lips, pulse points or behind an ear. Also, all changes on the skin may be treated by placing compresses or by rubbing in the cream made also on the basis of an appropriate combination of the remedies, with a certain base, of course.

Babies may be given a diluted dosage of the preparation by adding it into a bottle of juice, milk or food, and the drops may also be given by a spoon. If the baby is only breastfed, then it will get the necessary preparations through the milk of the mother who will take the drops.

The drops are completely harmless, they may be used with babies or the elderly, in all types of diseases and also with convalescents, for they increase motivation, will and trust, and they give stamina and eliminate fatigue. They may also be used as an additional therapy in all types of treatments, since a well-balanced emotion can certainly considerably help the healing.